Around 18 months ago, I caught a glimpse of myself in the mirror, and it made me feel sick. A couple of years before, I'd quit a 14-year smoking habit, and had replaced the behaviour with endless snacking. 🍿🍰🍩🍪

I’d spent those years munching on crisps, chocolate, biscuits and cakes, replacing one bad habit for another. It’s fair to say I've found the snacking habit much harder to break than smoking. In fact, as I sit here writing this, I'm chowing down on a packet of cheese and onion crisps. I guess there's some form of irony in there, somewhere.

Until I quit smoking, gluttony hadn't been an issue. As any habitual smoker will likely tell you, smoking is a great appetite suppressant. Pair that with a distinct lack of disposable income—have you seen the price of tobacco?—and you get an insight into why weight management hadn't become a problem.

I’m not glorifying smoking. Not at all. I was thin, but I wasn't fit, by any stretch of the imagination. I couldn't run 10 meters without collapsing into a tar-sputtering heap. Not a chance!

Years of Cadbury and Pringle binges had laid waste to my waist. My reflection had become twice that of its former self. I'd become an overweight 30-year-old who had, by all accounts, let himself go.

At my heaviest, I was around 15 and a half stone, though you'll find very few photos evidencing that fact. I might have been fat, but I could also be stealthy. Like a tubby ninja, avoiding camera lenses and waddling from shadow to shadow. 🥋

At the time, I remember being told I "carried the weight well". To this day, I'm not sure what that really means. All I felt was a sense of overwhelming disgust, followed by frustration, and ending in bitter disappointment.

How had I let it get this far? And why hadn't someone told me I was beginning to resemble a young Jabba the Hutt?

I was embarrassed, more than anything. I didn't want anyone to see me–least of all my family and friends–so avoided social gatherings whenever possible. The trouble was, I had two family weddings coming up, including my own!

I had a dilemma, and came to two solutions: avoid every situation that would involve me being around other people—maybe I could skype into my wedding— or do something about it.

And so began my bumpy journey to lose weight. 🏋️‍♂️

I decided to start in the New Year of 2017—you know, the time of year when everyone decides it's time to get fit and healthy!

My cousin's wedding was at the end of July, but it was approaching fast. I needed to get in shape, as quick as possible.

If you've ever tried to search for information on the fastest way to lose fat, you'll no doubt have encountered hundreds and hundreds of conflicting opinions and fad diets floating around the internet.

Some diets claim to help you lose 10 pounds a week—not recommended if you actually want to lose fat. Some offer “super-shedding" methods that range from month-long water-fasting to eating a cube of cheese every three days and drinking pure organic cider vinegar the rest of the time. 🧀

Ok, so I made that last one up, but with all the fad diets and detoxes, it could entirely be real!

But, as it turns out, the most effective way isn't that complicated. “Eat less crap and move more, preferably with a higher level of intensity than usual" was always going to be the best option.

I ran with the idea. Though not literally, of course, I would have collapsed.

As I'd already started working remotely, I'd also got into the habit of avoiding people. So, going to a regular gym was out of the question.

Besides, I didn't really know what I needed to do. Move, yeah! But how? Walking? Running? The weird, vibrating machines that wobble all your jiggly bits?

Instead of heading to the gym and becoming even more self-conscious, back to Google, it was! Or, more accurately, YouTube.

There are heaps of great exercise videos out there. One I thought to give a go was from Joe Wicks (The Body Coach). But the 15-minute workouts just didn't feel like I’d be doing enough. I know I could've done them a load of times, but I wanted something with a more defined goal. 🎯

Eventually, I ended up on a series of High-Intensity Bodyweight workout videos from Fitness Blender, that I decided to give a shot.

I started on Monday–because all new fitness and diet things begin on a Monday. My alarm went off at 7am, which was way earlier than I was used to at this point. It’s fair to say nobody would have referred to me as a “morning person”. ⏰

By 8am, I was starting the first video of a 6-week course.

I’ll be honest, the first workout destroyed me. I remember, I just about made it to the end, where I was confronted by a light-headed feeling and the sudden urge to either vomit or shit myself—or both, at the same time. 🤮💩

*I should point out: I did neither. *

Nevertheless I wanted to give up there and then.

But I didn’t. I woke up the next day, and at 8am, crumbled down our rickety staircase to start the next in the series of 40-minute workout videos.

I was destroyed, again. This time around 5-minutes before reaching "workout complete". Though, this time without the urge to empty my bowels and stomach.

Day 3 was a little less intense, but by day 4, we were back to the regular programming of long intervals, and minimal rest periods—during which the presenters would routinely “boxer shuffle” their way through while encouraging me to do the same.

Screw your boxer shuffle! Screw it right to hell.

Day 5 was the last of the week—save for the “optional” sixth day, which unless you’re insane, you should presumably skip. It was also so intense I’d begin the following two rest days waiting, hoping, and praying that all the aches and pains would subside. 🤕

Before I knew it, I’d completed the first week and had started to form a habit of working out. While I didn’t feel that great physically, at least I felt a sense of accomplishment.

When I looked at the rest of the course, though, doubt began to set in.

Could I really do another 5 weeks of this?

Would it make that much difference?

Regardless I ploughed on. What's more, at the end of the 6 weeks I started another, more intense course.

By the time I got to my cousin’s wedding, I had a regular work out habit and felt pretty darn good. 😎

If you’ve developed a habit linked to some kind of event, it can be challenging to keep to that habit once the event has passed.

Two weeks before my cousin’s wedding, I'd stopped working out. We'd decided to go on a camping holiday to The Lake District, before heading up to the wedding in Northumberland.

I wasn’t too concerned, though. 🤷🏻‍♂️

Each day of the holiday we hiked a different part of the lakes, be it a mountain or one of the many quaint towns. So I wasn't completely missing out on exercise. 🚶‍♂️

I’d also changed my diet when I started working out and had managed to eat a lot less sugary crap than I had done before.

I figured, once I got back to “normal” I could just jump straight back into working out at 8am. Like it would be that simple!

After the wedding, we travelled back home on a Sunday, in a single 8-hour journey that began at 3pm. It’s fair to say, at 8am the following morning, there was no way I was going to be working out as I’d planned.

That’s ok though, I thought. I could bump the Monday session and start on Tuesday instead.

Tuesday came, and as 8am swung around, I started my workout. But something was different. I was putting in a half-hearted effort, and 30-minutes in, I decided to call it quits for the day.

I should have known really. Nothing begins on a Tuesday.

Quitting on a Tuesday made jumping into the mid-week session—which was usually a light session—a lot more difficult.

What was the point? 😩

I was half-way through the week and wasn’t going to “catch up” on any of the last two crap sessions. So, I just wrote off the week. And by the time Monday came around, I’d decided I’d earned a short break from my new habit.

A break that lasted about 8 months.

It didn't take long for my diet to revert from balanced and healthy exercise fuel, to comfort food and sugary carbs. And 3 months from my own wedding, I found myself facing a familiar—albeit slightly less weighty—figure in the mirror, accompanied by the same disappointment and frustration.

I tried to get back into the bodyweight workouts. After all, I knew they worked. But getting back to a habit that’s already failed felt impossible. I felt like I needed another drastic change.

The catalyst for this change came while scrolling Facebook one wet Sunday afternoon. As luck or fate—or perhaps just the stalking Facebook ad bots—would have it, I found myself enthralled by a video ad for a local gym.

I didn’t know what I was doing before, but this time, I had a little experience. I’d done some working out, and I had survived.

In the video, a healthy, and athletic looking man from a company called Community Gyms explained the concept of his fitness boot camp. Essentially it was for people who want to lose some weight, but struggled to keep the habit.

I know it’s silly to say it, but it felt like he was talking to me.

And I felt like this could be my salvation. 🙌

9am felt like it could work, but it would eat into my day. 6:30pm could also work, but did I really want to lose 3 evenings to working out?

I took a gamble and opted to make a drastic change and sign up for the 6am sessions.

“But Matt, you’re not a morning person” I hear everyone say in a pantomime chorus.

Yeah! That’s what I thought. But it’s funny what paying for something will do for your morning routine. ⏰

The first Monday came around—because all fitness things start on a Monday! My alarm went off at 5am, and I was at the gym by 5:50am.

The first session kicked off with a fitness test, which set our personal benchmarks. By the end of the session, I was feeling the all too familiar internal rumblings that harked back to my first Fitness Blender workouts. 🤢

I ignored them and carried on. Thankfully a false alarm.

The second session came and went, as did the third. I was improving, steadily, and I could feel it. A week in, and I hadn’t even noticed I was waking up at 5am and out of the door.

By the end of the second week, I was feeling great about working out again. I was relishing the prospect of the 4-week boot camp coming to an end so I could sign up to the main gym classes.

In hindsight, I realise I hadn’t reestablished my 8am habit, I’d created a new habit that included now being a morning person.

After signing up, I joined most of the 6am classes that happened every weekday. And the 3 months of intense working out, in the lead up to my wedding, flew by.

The next glimpse I caught of myself was in a reflection at my wedding, looking better than I’ve ever looked before. 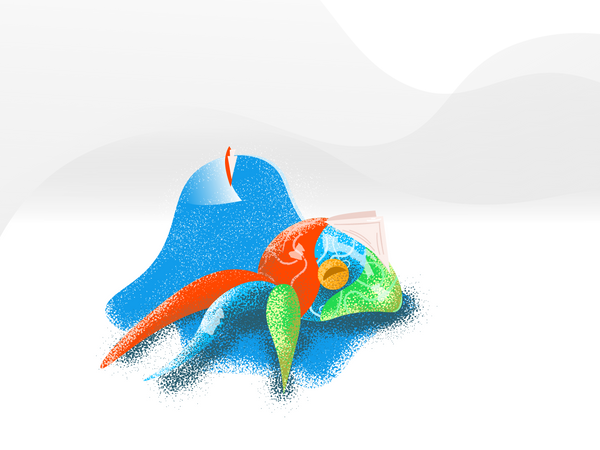 When I first joined HelpDocs a few months ago, my experience with support docs, and enterprise knowledge base software was pretty limited. Don’t get me wrong, I’ve been 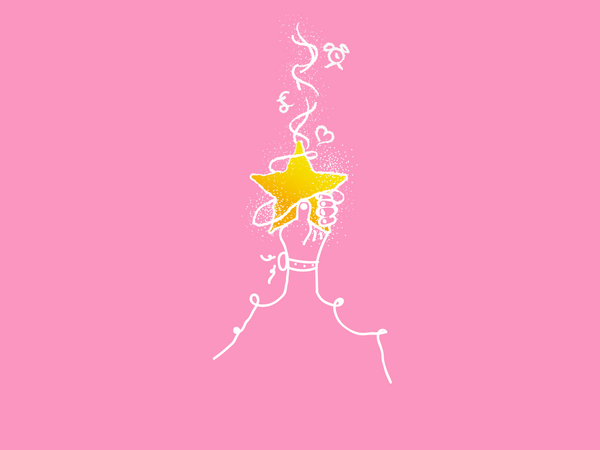 When I took the leap to go freelance, one of my first roles was helping flesh out the blog of a branding agency. The company I was working with, Motto,