Between gigantic moderate portions of turkey, pints small glasses of bourbon, and sleeping until noon other festive frivolities, we've been working occasionally tirelessly over the winter break to bring you some much-updated updates to the platform.

First up is the text editor. We're really proud of our editing experience and work hard to make it the best in the business.

Last year we introduced a plethora of additions and updates, and recoded the whole thing from scratch. Starting this year in the same spirit we have some updates for you.

When you update an article in HelpDocs you'll understandably want to see the changes right away.

Before, you had to save changes before you could preview. Now when you hit the Preview button with unsaved changes you'll actually see a live preview without having to hit save.

No more half-updated changes going live to your customers.

This has historically been one of our most requested features, so I'm thrilled to announce it today.

When a member of your team updates an article it's sometimes useful to know exactly what's been changed.

We've always let you see the previous 10 versions of an article, but we've made some improvements to the way we store versions, and we now allow you to diff two different versions to see what's changed.

Previously we'd save a new version of the article every time you hit Save. That meant loads of new versions when you're making big updates. Now we're much smarter about it, and save every 5-10 minutes (and only when there's something to save).

You view those versions the exact same way as before, but now in the top right there's a dropdown to compare with another version. Use that and you can see at a glance what's changed between the versions. Additions in green, removals in red, happiness in you. 🦄✨

Start Lists from Any Number

Sometimes when you're writing docs you might find yourself with complex flows of information. Ordered lists are a natural fit for this kinda thing, since they show your customers step by step what they need to do.

But lists can get a little out of hand. Especially if you want to include block elements like tables, callouts, or cat GIFs inside the steps.

Fear not my purrfect friend. You can now start your next list from any number you like. 😻

Just hit the plus icon next to the start number of an ordered list to increment (or the minus to decrement).

Accessibility (or a11y if you're in the know) is an important part of web design. And you'll find this crops up in a lot of our product update posts over the next year.

We're kicking off our a11y efforts by allowing you to easily set alt text for each of the images in your posts. Just click an image in the text editor and enter your text in the provided field.

Users with screenreaders rely on alt text to see the unseeable, and we recommend you add this descriptive copy every time you include an image on your docs.

In some juristictions (Norway, I'm looking at you 👀) this is even a legal requirement.

Multilingual support in HelpDocs is one of our most powerful features. You can write your knowledge base articles in any language your customers speak (and likely many they don't).

We've added a few really valuable features to our multilingual offerings in the past few months to make your users' experience even better.

Historically when a user landed on your site they'd be sent to the default language version of your docs.

Now, we make a valiant effort to detect what language they'd prefer (based on their browser settings) and present that to them instead. It's a huge bump in multilingual user experience.

Users have always been able to switch languages from anywhere on your knowledge base, but until now that's carelessly thrown them back to the homepage.

Now if a user is reading an article, remembers halfway through that they can't in fact read Mandarin (and would prefer to read in French) they can use the language switcher with abandon, and stay on the same article (but in the new language).

It's an obvious feature, but it's great.

Ok, now say you start with great intentions and write all your articles in Spanish, only to later realize that the bulk of your customers, product and content is in fact German.

Previously that meant contacting support and waiting for us to manually switch over your default language. That was a big blocker to some teams, since it could take us a couple days to get round to it.

Now you can swap your default language in Settings at any time and we'll automatically switch everything in the background for you.

We recommend taking a backup of your articles first. Don't worry, we support multilingual in the backups too.

Other Small but Mighty Updates

We work hard to improve and fix things every single day. Here's some of what we've done the past couple months. 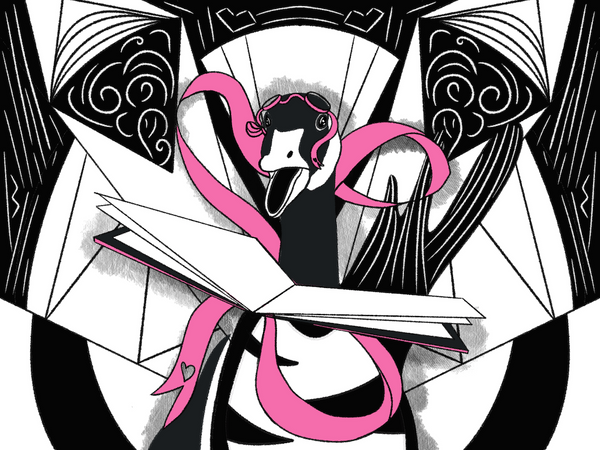