With the Portuguese sun beaming onto our white electric car we rolled through Evora. Lisbon to Munich in a couple days. What seemed simple started to become a little worrying.

This is a story about a hectic European road trip while running a SaaS company. With two people running out of charge and charging through support tickets we made it from Portugal to Germany in a few days .

As a couple Jake and I decided to buy an electric car when we settled down in Portugal 6 months ago. No stopping for fuel, happier planet, and it's a dream on motorways.

Anyway I digress. The thing we didn't factor in so much was stopping to charge the car. It has a long battery life but for the 2500km journey you gotta stop. A lot. But it turns out these stops were pretty helpful for managing HelpDocs on the road.

When you start planning a road trip on Google Maps the hours seem like future problems. What's 10 hours anyway? It's only a day of driving. And all those stops to charge up your car? Meh half an hour here and there that's easy.

We were both apprehensive about the journey. What about the work we need to do? How should we plan the road trip around HelpDocs? As a three person team who prides themselves on great support these were tough questions.

This part was pretty uneventful. Turns out there's a lot of well...nothingness between Evora in Portugal and Burgos in Spain. Blazing sunshine, no cars, and a few tumbleweeds. Even the border crossing was dull with a simple toll booth to separate the two countries. At the same time it was pretty fantastic to be able to drive between two countries without any hassle.

Being born in the UK it's always an event to get to mainland Europe. You either go through the Channel Tunnel or get the ferry. For this section we let TT (yes we named our car TT. Cute right?) decide how to plan the route. And that was a big mistake.

Backing up into the charger space in Mérida we found ourselves surrounded by other electric car owners. Families on their own adventure. Locals passing through. It was a strange experience to be bunched up waiting for our cars to gain some electrical juice.

We ended up in a truck stop for over an hour trying to get every bit of battery filled up. After walking around looking at our options we managed to fill up ourselves with a cuppa coffee.

With one support ticket and a bit of Slack chatter we started our journey to the next charger which was over 400km away.

With range of 450km we crossed our fingers hoping we would make it to the next charger. All without the car running outta electricity in the Spanish tundra.

Driving through the mountain ranges and over the Tagus river we flew around winding roads past beautiful lakes shimmering in the sunlight. With an abundance of light and cell service it was simple to check support on the road.

We decided to answer more urgent support tickets on the road and leave less vital tickets until we stopped in San Sebastián. This made it a lot easier to put more thought into trickier questions but run through ones we'd heard before.

After hundreds of kilometers of open plains, twists through tunnels that sliced into mountains, and a unfortunate rainstorm at a Supercharger, we managed to get to San Sebastián with a few percent left in the darkness.

We arrived at a beautiful hotel with wooden slates and a car park that descended below the hotel. After checking in we creaked open the door and found a twin bed waiting for us. Surprisingly the hotel refused to move us to a double bed and...well we checked ourselves out of the hotel.

This meant we were driving around San Sebastián at midnight trying to find ourselves a room for the night. Eventually we found one right inside the city with a very interesting theme of celebrities. We got the Woody Allen room 🤔

Because of that long drive there was a bunch of support to answer. So we laid on the bed at midnight and powered through the support tickets 🔥

After our night with Woody we set off for Dijon just above Lyon in France. Turns out France is huge and the drive was pretty uneventful. We drove through vineyards, wound along mountains, and across huge bridges over treetops. We set our sights on Dijon and stopped a couple times.

Having European roaming on our cell phones was super helpful for this long stretch. Every time we stopped we'd quickly check our emails and reply to anything urgent.

After a few nearly missed turns, a lot of toll booths, and a ton of confusing roundabouts we made it to Dijon! Turns out everything in the area was closed after 10pm so we went without food and went straight to sleep 😴

The final stretch! We were around 8 hours away from Munich. After passing a friendly bunch of bikers outside the hotel we headed to the border town of Mulhouse. Turns out (unsurprisingly I guess) they speak both French and German so road signs become even more confusing.

As we headed towards the winding river Rhine we expected more fanfare. We were heading into Germany. But as we passed over a small bridge above the river all we saw was a small German flag and...we were in Germany.

And then the roadworks started. And the traffic.

Despite the amazing road systems and super fun Autobahns Germany had a lot of traffic and roadworks. I guess that's what you get when you maintain your roads!

As we sped down the Autobahn in our silent car we were on the final stretch. There was little support and so we sat back and pushed our electric car to its limits. It was the most fun we've had on the road since we bought it.

As we drove into Bavaria it was only one more junction until Munich. We were finally there!

With the smooth roading leading us to our final destination we got into the inner city. With a few more turns we parked our car and breathed the fresh air. We made it!

Support on the road

After so many kilometers it was a long road trip. Running a large company's support on the road wasn't easy but by stopping for charging and checking support and getting through emails when we got to hotels for the night it was totally manageable. 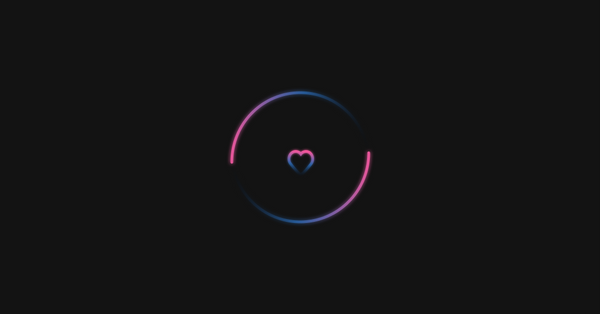 After a rude awakening at 4 in the morning by a barking fire alarm it got me thinking—what's the purpose of blame and is it useful?